We are thrilled to announce, in partnership with Real Deals, the 2021 Future 40: Impact Investment Funds. The selected funds outlined clear impact agendas, demonstrated measurable results and told the fascinating stories behind their investments.

Click below to read about the transformative work from alternatives funds that are aligning profit and purpose.


DOWNLOAD A COPY OF THE FUTURE 40: IMPACT INVESTMENT FUNDS

Judges Charlie Hunt and Rupert Bell discuss the growth of impact investment and what they’ll be looking for selecting the Future 40 funds for November’s issue of Real Deals. Listen below!

PER · What makes a Future 40: Impact Investment Fund? With Charlie Hunt & Rupert Bell

PER PODCAST | WHAT MAKES A FUTURE 40: IMPACT INVESTMENT FUND?
With Michele Giddens

Future 40 judge and Co-CEO of Bridges Fund Management, Michele Giddens, chats with Gail McManus about the evolution of impact investment and what she’s looking forward to seeing from the entries. Listen below!

PER · What Makes a Future 40: Impact Investment Fund? With Michele Giddens

PER PODCAST | WHAT MAKES A FUTURE 40: IMPACT INVESTMENT FUND?
With Dr Stephen Barrie

Future 40 judge Dr Stephen Barrie sat down with PER to discuss his expectations when judging the Future 40: Impact Investment Funds. He spoke about the potential long-term contributions to society that ethical investment strategies can deliver, and the importance of thoughtful impact investing. Listen below!

PER · What Makes a Future 40: Impact Investment Fund? With Stephen Barrie 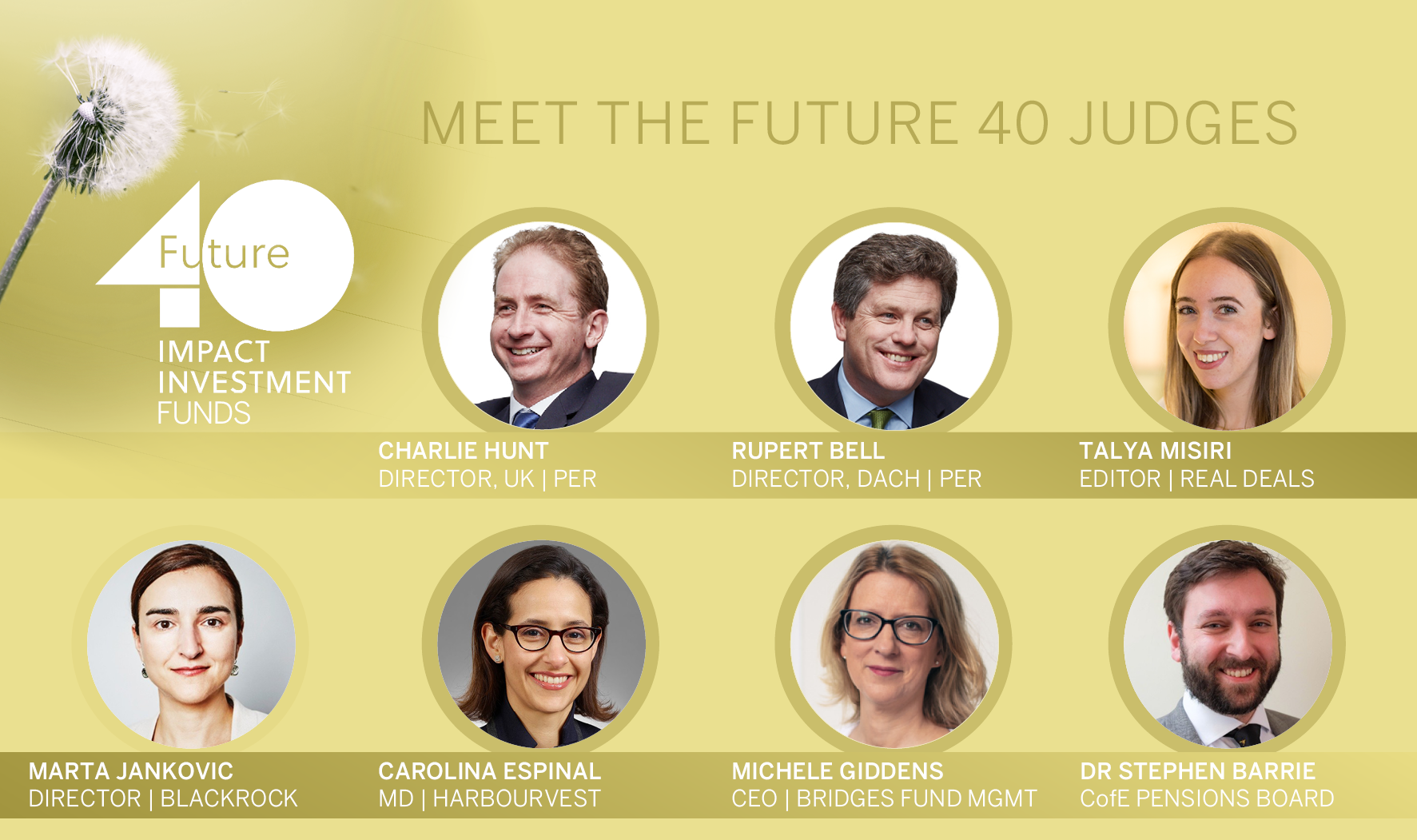 Gail will act as Chair for the Future 40 judging panel

Gail founded PER, the leading specialist recruiter for the private markets industry, after a career at 3i. She has a deep network across private markets and is actively involved in developments that shape the sector.

DEPUTY DIRECTOR OF ETHICS AND ENGAGEMENT

Dr Stephen Barrie is Deputy Director of Ethics and Engagement at the Church of England Pensions Board, where he works across the Board’s investment stewardship activities. He is a Director of the Investor Mining and Tailings Safety Initiative and a trustee director of the Church Investors Group. He previously served as Secretary to the Ethical Investment Advisory Group, which advises the three Church of England Investing Bodies (combined AUM of approx. £12 billion) on ethical investment.

Before working for the Church of England he was a Fellow at the UK’s Parliamentary Office of Science and Technology, and a member of staff (now on the governing board) of the Anscombe Bioethics Centre, Oxford.

Rupert is the Director of DACH and a member of PER's leadership team. He set up and leads the DACH business, opening in Munich in 2010, Frankfurt in 2017 and Zürich in 2020, and has established PER as the go-to firm in the region.

Rupert runs many of PER's senior search mandates for buyout, growth and family office firms. He has recently run several processes for firms entering the DACH market for the first time, either as part of an international expansion, or for a debut team.

Before joining PER, Rupert was a mid-market investor in the UK for 3i, multi-family office SandAire, and Octopus, and so brings first-hand experience of the investment industry.

Carolina Espinal joined HarbourVest in 2004 to focus on partnership investments in Europe and other emerging markets. She became a Managing Director in 2015. Carolina focuses on managing European venture capital and buyout partnership investments and has collaborated with the secondary and co-investment groups on several investment opportunities. She currently serves on the advisory boards of multiple funds based in Europe.

Michele co-founded Bridges alongside Philip Newborough and Sir Ronald Cohen in 2002. In addition to co-running Bridges, which is a specialist sustainable and impact fund management company, Michele has played a leading role in the growth of the sustainable and impact investing sectors in the UK and worldwide, including chairing the UK National Advisory Board on Impact Investing (part of the Global Social Impact Investment Steering Group) from 2016-18 and a Global Working Group on Policy.

She is currently a Non-Executive Director on the board of CDC, the UK Government’s Development Finance Institution. Michele is also a trustee for the Bridges Impact Foundation and chairs the Board of Bridges Insights.

Charlie is a Principal Consultant, Director of UK and a member of the leadership team at PER. He has been involved in securing roles for more than 1000 people around the world, placing more people in the mid-market, growth and venture capital industry than anyone else in Europe since joining PER in 2006.

Charlie has worked with Impact Funds since joining PER and helped them secure some of the first investment professionals dedicated to this asset class.

Charlie is recognised as a market leader for senior hiring. He has spoken at INSEAD, is a regular commentator in the industry's media and is published in Private Equity International's book "Inside the Fund Management Firm". Charlie's market expertise and extensive network are underpinned by more than five years’ private equity and venture capital investment experience.

Marta Jankovic, Director, is Head of Sustainable Investing for iShares in the EMEA region. Marta is responsible for product strategy and distribution of iShares sustainable ETFs and index funds throughout Europe while also leading sustainable marketing and education initiatives.

In 2017/18, Marta chaired the Board of Invest Europe, the pan-European Private Equity association, and its LP Council. She has also served as a member of the Invest Europe Responsible Investment Roundtable since 2012.

Previously, Marta led ESG integration in alternative assets at APG Asset Management where she was responsible for the sign-off on the ESG aspects of all new investment proposals in commodities, alternative credit, private equity and hedge funds, including evaluation of investments that focus on addressing the Sustainable Development Goals (SDGs).

Talya joined Real Deals in March 2019 and has worked in financial journalism since 2015. She previously held roles as a reporter at Citywire’s New Model Adviser and pensions trade magazine Pensions Age. 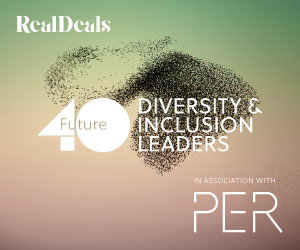 Diversity & Inclusion Leaders was the first Real Deals Future 40 issue produced in association with PER. Our Founder and Managing Director, Gail McManus, developed the concept to recognise dedicated indviduals working to move the needle on diversity and inclusion.

Click below to read the inspirational stories of private markets professionals working to improve diversity and inclusion across our industry.